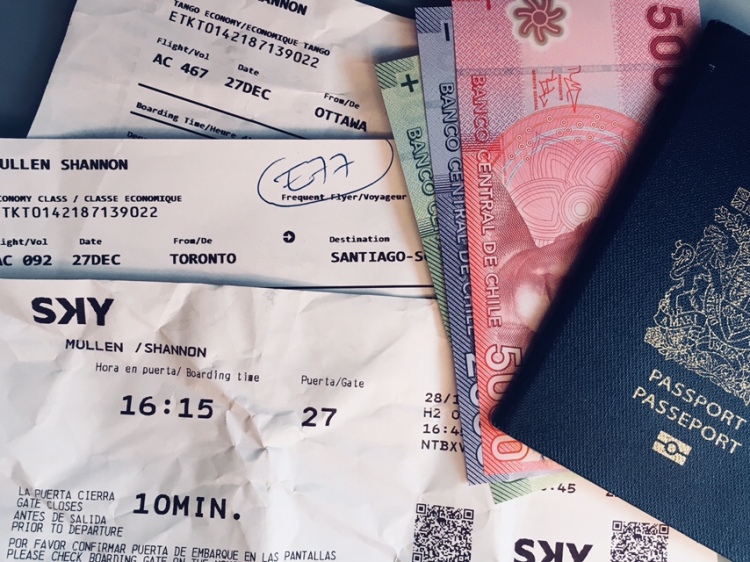 I hope the woman sitting beside me can’t smell my feet.

But I had to take off my hiking boots because my feet were swollen and sweaty and I have a 3.5 hour flight followed by 3 hour bus ride before I make it to Puerto Natales, the gateway to Patagonia, and my destination. 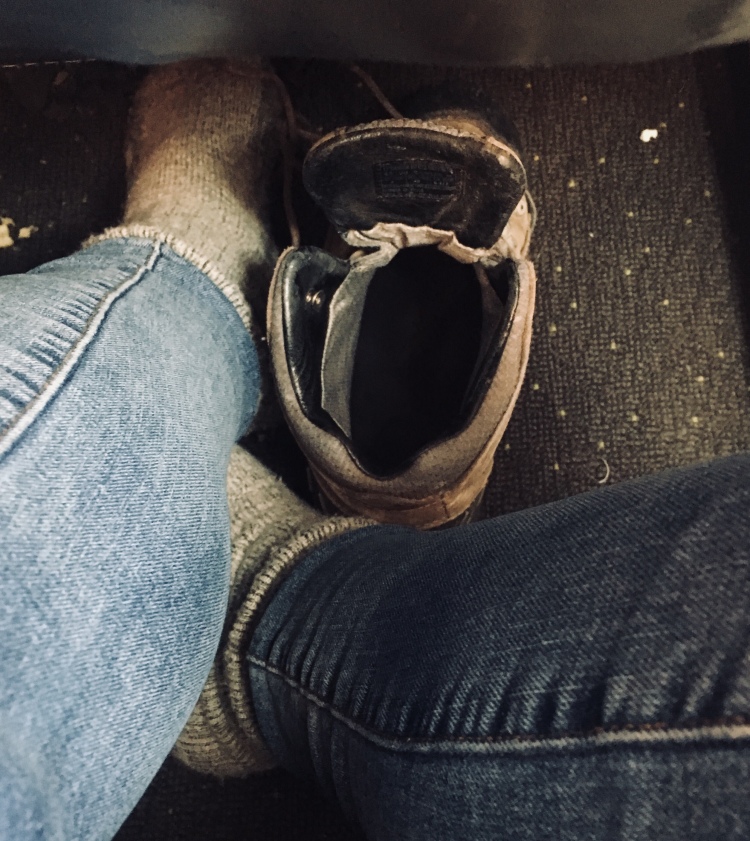 If I make it tonight.

I arrived in Ottawa around 7pm last night, about 24 hours earlier, to catch a flight from Ottawa to Toronto (I had spent Christmas at my family cottage in Norway Bay, Quebec). My flight from Ottawa was delayed more than an hour due to freezing weather conditions which required the plane to be de-iced and the engines reset.

So when I got to Toronto, I had to sprint through Terminal 1 at Pearson Airport to catch my connection to Santiago. RUN! The lady at the gate urged me.

When we finally took off I knew I was going to miss my connecting flight in Santiago to Punta Arenas.

The plan was to meet my friends in Puerto Natales just after midnight (a 3hr bus ride from Punta Arenas). We were going to spend the following day planning our food, gear, and route to hike the popular and rugged “O Loop,” an 8-day trek in Torres del Paine National Park in Patagonia, Chile.

Anyone with common sense would have spent the night in Santiago and given themselves a bit of a buffer in case there were delays, and to avoid a stressful travel day of plane, plane, plane, taxi, bus, taxi. But I was itching to meet my friends and get started on the big adventure.

As time passed, it seemed like my travel itinerary was a little too ambitious for the Christmas rush and record breaking cold temperatures in Ontario.

I was sure I was going to spend the night in Santiago alone. I had been mentally calculating how much it would cost. I figured it would be a minimum 250$ US to re-book my flight to Punta Arenas and another $50-100 US for a last-min hotel room near the airport. Plus meals. I had a Costco-sized pack of protein bars in my bag, so maybe I would skip dinner to save a bit of money.

It took about an hour for me to get my collect my bags and go through customs. I tried to calm myself down, reminding myself that’s there no point beating myself up for buying a cheaper ticket with another airline which meant that the airline I had traveled with from Toronto had no responsibility to ensure I would make my next flight. They were completely separate bookings. Being cheap and thrift can sometimes have consequences. Luckily, I could speak a bit of Spanish now and the agent who is in charge of managing delays tells me I have to go upstairs and hope that the next airline will re-book me. Probably for some exorbitant fee.

I email my friend to tell her that I will be spending the night in Santiago.

Instead, the next agent tells me if I hustle I can make the last flight to Puerto Arenas which will leave in 45 min. I run towards the Domestic Departures area with my nearly overweight bags.

A bit of broken Spanish comes out as I try to catch my breath.

The woman nods, hands me my ticket, and gestures towards security.

When I get there I’m dripping in sweat. I’m smelly from 24 hours of wearing the same clothes and stressed from the uncertainty of the journey. I’m so thirsty because I didn’t even have time to buy a bottle of water. Remind me again why I choose to spend my vacations in a stinky state of panic and chaos?

Importantly, I’m excited to begin the next adventure, unsure as to whether I will be spending the night alone in Punta Arenas or if I will catch the last bus from Punta Arenas to Puerto Natales where my friends have booked a room in a hostel.

So far this adventure has gotten off to a stressful start. But I’m learning how to accept things I can’t control, to surrender to the unknown, to stay calm in stressful situations, and to advocate for myself in Spanish.

If I don’t get to Puerto Natales tonight, I will get there tomorrow. It doesn’t really matter because the adventure’s already started. (And the women to my left hasn’t said anything about my stinky feet.) 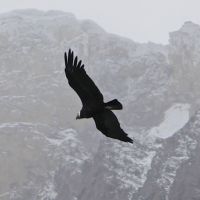