Travel has allowed me to see the world through a different lens. So I’ve started taking some photos of what I have learned along the way.

Recently, I’ve started publishing my photos as stock photos so others can use them for their own creative projects.

Check out my portfolios to see more of my photos:

Here are some of my favourites:

When I was in Grade 2 a teacher at my school gave me the children’s novel, The Secret Garden, as a gift.

As I was quite the avid reader, I read it in less than a weekend. It’s a story about an orphan, Mary, who is sent to England to live with a a grieving uncle. At first she feels isolated and neglected, but eventually finds solace in a rose garden she discovers. Being in the secret garden is a magical experience for Mary and transforms her into a healthier, happier version of herself.

Maybe it was my love of nature, the outdoors, and summers at the cottage, but I instantly connected with the story of a girl who is transformed by the power of nature.

I was also enchanted by the idea of secrets; the playful privilege of holding onto information that others would never know about.

So after reading The Secret Garden, I did something that seemed like the obvious next step: I created a fake cover in the book and hid a couple of crisp $2 bills inside (which had recently been discontinued from circulation), thinking that they might be worth something someday. They are still there.

More than 20 years later, I was reminded of that childhood secret I created–the discontinued 2$ bills hidden in a secret cover inside The Secret Garden, bills which are now valued at more than 20$–when my friend, Michelle, recommended that I visit The Secret Garden Cotopaxi. “It’s literally the best hostel I’ve ever stayed at.”

After spending almost a year living and working as a teacher in Colombia, I took a two week trip to Ecuador before heading back home. The previous five weeks, cinco semanas de viaje en Colombia, had been spent with people I love: my parents, my brother Brian, and my friend, Ashley. So I was craving a bit of time to myself for quiet reflection on Las lecciones: What I learned from teaching & traveling in Colombia.

I took a 2 hour bus ride from The Secret Garden Quito (sister location in Ecuador’s capital) to The Secret Garden Cotopaxi for four days of activity and adventure in the Andes at the base of Cotopaxi, the world’s highest active volcano.

When I arrived it felt like I’d stepped into a fairytale. The landscape: golden grasses of high Andean tundra, rolling green pastures, and clear blue sky contrasted against the snow-capped peaks of Cotopaxi (which means the neck of the moon in Kichwa, one of Ecuador’s Indigenous languages), was enchanting. It was like I’d stepped into Mary’s rose garden, the majestic Eden I’d read about as a child but that I knew didn’t really exist in real life. It was beautiful. Enchanting. Real.

The hostel itself was as magical and special as the surrounding landscape. As soon as I stepped off the bus, I felt like I’d become part of a family. There’s no WIFI, so travellers are forced to talk to each other, share dinners together, play cards, and relax in the hot tub, basically, a kind of summer camp for adults.

During the day, we could opt to go hiking, mountain biking, fishing, horse-back riding, or even summit the volcano (this option was not available to me as Cotopaxi was closed due to recent volcanic activity). 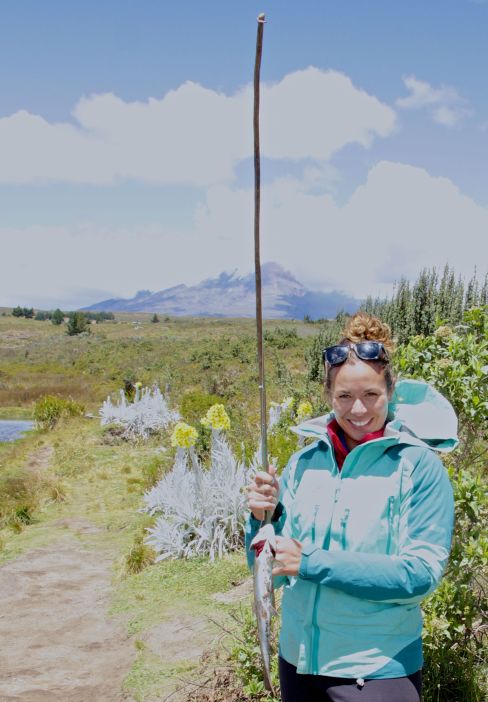 Even though I met many amazing people from all over the world at the hostel, I appreciated being able to take time to myself to write, read, and reflect.

For me, it was a time of transitions.

I was moving back home after living in Colombia for nearly a year, and I wasn’t sure if I really wanted to leave. Part of me wanted to stay. There was so much more of South America that I wanted to discover. I wanted to improve my Spanish. I would be leaving behind a special community of friends that I had made. The story felt, in a way, unfinished, and I wasn’t ready to write the ending just yet.

But I knew I needed to go back to Canada, at least for a little bit, to publish my first novel, to spend time with my family, to gain a little bit of stability before the next adventure (Patagonia: Dec 2017!!!).

I’m thankful that the mountain air of Cotopaxi helped me to find some peace and clarity about moving forward at a time when all I wanted to do was take a u-turn and go back.

The thing I’ve learned about journeys and paths from traveling is that they don’t have to be linear. Mine is winding and twisted, with just as many u-turns as straight stretches. I’ve learned that just because you leave doesn’t mean you can’t, or won’t, ever go back.

Sometimes I do go back.

We hear the expression “going full circle” all of the time. Maybe our paths in life aren’t lines but circles. 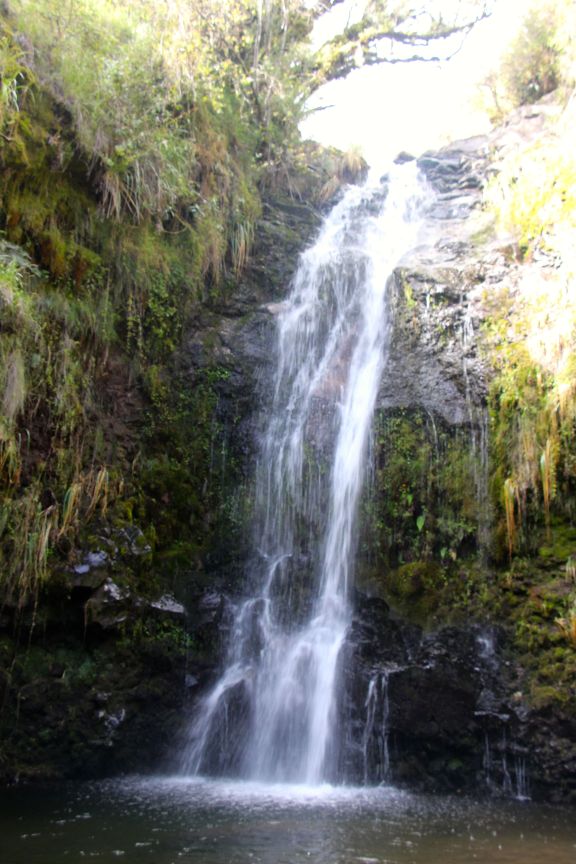 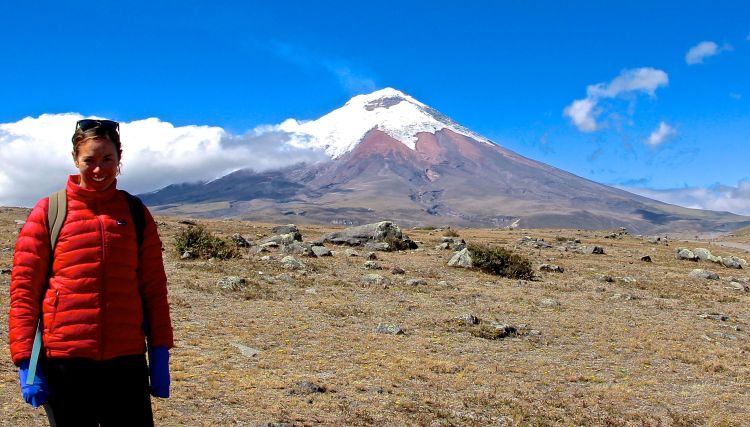 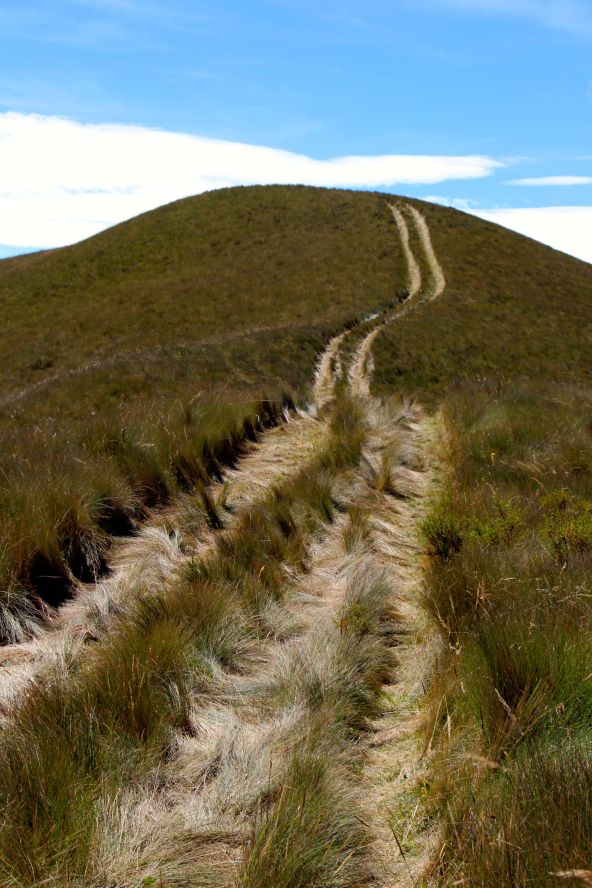 I smile in disbelief as my friend takes a picture of me, right leg in the northern hemisphere, left leg in the southern.

I’m standing in front of the Mitad del Mundo Monument, a historic site located 26km north of Quito, Ecuador, built between 1979 and 1982 to commemorate the 1736 French Geodesic Mission which determined the Equator’s approximate location at zero degrees latitude. (According to more recent GPS readings, the Equator actually lies about 240 meters north of the marked line.)

Thousands of tourists have struck a similar pose, but for me, the photo feels like MORE than a sweet shot for my Instagram followers #zerodegreeslatitude.

Why? At 31, I haven´t “checked the boxes” expected of someone my age: no stable career, no husband, no babies, no house, no pension, no savings, no assets. Yet I have a wealth of life experiences, lots of stamps on my passport, and amazing friends all over the world.

So, as I strike a pose in the middle of the world, I realize how lucky I am to be where I am, and how far I’ve come in order to get here.

At zero degrees of latitude, the Equator may be an imaginary line. However, for me, it represents something real: taking risks, starting over, being one step closer to my dreams.

Only two years before, I was living above the Arctic Circle, at 72 degrees north, working towards becoming a university professor. However, after a few personal and professional heartbreaks, life has spun me in another direction, and I’ve begun pursuing more creative writing, (as opposed to academic which would have been a much more secure investment of my time and energy, but not as personally fulfilling).

It wasn’t until I stood at the centre of the world that I realized that finding my own “centre,” the road that I’m truly meant to follow, might involve choosing a different path than what’s expected of me. I guess the bright side of life not going “according to plan” is that the new plan (the one you are forced into when your previous one doesn’t work out) can take you somewhere new and unexpected, somewhere closer to where you wanted to go, but never had the courage to pursue.

At the Mitad del Mundo, I’m realizing that even though I’m traveling further and further away from the direction I thought I’d be going, that I’m moving closer and closer to where I truly ought to be.