I watch blood trickle out of thumbnail-sized bite marks on the outside of my right shin. A  blob of fat jiggles down my leg.

I wrap a hot pink Adidas dry-fit tee around the wound. Then I glance at the large black and white callejero, sitting peacefully on the other side of the fence, only a few meters away from me.

I didn’t think it would attack me…until it did…

Despite being fatigued from a long week of teaching my class of sweet, yet rambunctious 5th graders, I’m happy that I’ve joined my friend, Matt, on his regular Friday ride. It’s a longer and more challenging way home from school, an ascent of at least 20 minutes of steady switchbacks that brings us to a single track mountain bike trail across farmland.

My legs ache when I get to the top. But it’s a fulfilling exhaustion, much like the popular “runner’s high.” Cycling in the mountains helps me detach from the daily struggles of living in another country, releases any lingering stresses from the work week, and reminds me of the joys of living in the moment.

At the top of the mountain, we get off our bikes and have some snacks and drinks in a farmer’s field overlooking the Manizales sunset. I tell Matt that I feel so lucky to have the opportunity to live in such a beautiful place: “Life takes us down different and unexpected paths.”

“There’s often dogs around here,” Matt warns as a large black and white dog emerges from behind a small red and white paisa farmhouse. But they never caused him any harm.

So I remain calm when a couple of farm dogs emerge from behind a small paisa-style farmhouse. They’re harmless. I often bike by stray dogs–both in Manizales and on regular Sunday rides with my Dad at the cottage back home in Canada. Usually, they bark at us, then leave us alone.

Matt shows me how to climb through the fence before he lifts his bike over. I’m not really paying attention. I’m thinking of what I should pack the next morning for my flight to Bogota. Only enough for a carry on: a pair of jeans, a cardigan, pjs, a couple of t-shirts, socks, undies, camera. Wallet. It’s a risk to schedule my return for the early bird flight back Monday morning in hopes of getting to school on time. But I’m a firm believer in the power of positive thinking, and things seem to always work out for me (See my 2010 ‘Iceland Volcano’ story). Fingers crossed for good weather.

I just finish passing my bike over the fence when I feel a sharp, piercing pain in my right shin.

It’s like someone’s just hammered two nails into my leg then immediately ripped them out.

“What can you tell me about the dog?” An orthopedic surgeon asks me, examining the infected wound.

After a night in the hospital, all I can think is “thank God he speaks English.” (Necessito ir al bano and un perro mi mordio can only get you so far in Spanish-speaking Manizales).

“From the size of these teeth marks, it must have been big,” He adds.

The first doctor I saw in the emergency room immediately after the attack had also asked many questions about it. I couldn’t say much. After it bit me, I figured it was best to keep my distance.

“Yeah, it was pretty big.” I tell him, “The woman at the farm said it wasn’t her dog, that it just hangs around.”

The doctor sits down in a chair beside my bed and cleans his glasses. “So I’m going to recommend surgery. We’ll have to open the wound and debride the infection. How does that sound to you?”

Since he seems nice and incredibly caring, I tell him that it sounds good. Do whatever you need to do to get the infection out. I’d just spent my first night EVER in a hospital so I may as well have my first surgery, too. (Add it to my list of things to do before I leave Colombia).

After receiving a rabies shot (my first of five) and a tetanus vaccination at the hospital almost a week earlier, I figured I would be okay. The attack happened on a Friday after school and I genuinely thought I would be able to go to work the following Monday. I biked home for at least 20 minutes following the attack!

Instead of going to school Monday, the school nurse, Maria Teresa took me to see a surgeon. He told us that it looked okay at the moment, but to keep an eye for infection, which can happen often in piercing dog bites. As time passed, the wound started turning red and eventually a bit black, signs of infection. So, when she came to check on me Wednesday night, Maria Teresa, suggested I go to the hospital. (I ended up staying there for three nights)

Maria Teresa was one of many people from my school who tirelessly cared for me throughout this incident. I feel so lucky to have been supported by the many teachers, support staff, administrators, parents, and students who went out of their way to act as “family support” for me when I’m so far away from home.

I wake up from the surgery with the incredible urge to ask the surgeon if he likes fishing. Then I have a brief panic about where I am and what happened. Everyone around me is speaking Spanish, I’m exhausted, and this weird tube is shooting hot air onto my thigh.

Nervously, I glance towards my right foot. Phfewf. Still there. Feeling the effects of the full anaesthesia I’d received two hours earlier, I close my eyes and go to sleep.

Later on, my friend Jill tells me that the surgery went well, and that they even had to clean the muscle. We’re curious to see the wound, but it’s heavily wrapped in gauze and a tensor bandage. The sight of blood soaking through the bandages suggests that the post-surgery wound is much larger than the initial dog bites. (I later learn that the surgeon had to make two incisions, each about the size of my pinky finger to effectively debride the infection).

Two days later, I have another surgery, a “second look” to make sure that the infection is gone. This requires another full anaesthesia and opening of the wound.

This time when I wake up, I’m not thinking of fishing.

Maybe it’s the exhaustion of having two anaesthesias in two days. Maybe it’s my frustrations with the language barrier and my limitations in communicating with the hospital staff in Spanish. Maybe it’s the stress of how much time I’ve had to take off work. Maybe it’s anxiety of knowing that my friends and family back home are worried about what kind of health care I’m receiving in another country. Maybe it’s the loneliness of being in a foreign country, longing for someone I love to hold my hand.

This time, I wake up from the surgery in tears.

After two surgeries and two weeks off, I’m now back at work. I can walk and carry out my daily activities without much pain. At the end of it, I feel lucky.

It all could have been much, much worse.

Since puncture wounds from dog bites cannot be closed with stitches due to the risk of bacterial infection being trapped under the skin, I have to be careful to keep my wound clean and dry. I’ve been instructed to keep it well covered and have to see the surgeon every couple of days to change the bandages. While he is slowly closing the wound with tape as it heals, I know I’ll have some nasty scars.

However, now that I can tell the tale of that time I survived being attacked by a wild dog (a callejero) in the Colombian bush, I’ll wear my scars with pride.

6 thoughts on “That Time I was Attacked by a Callejero” 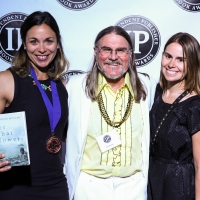