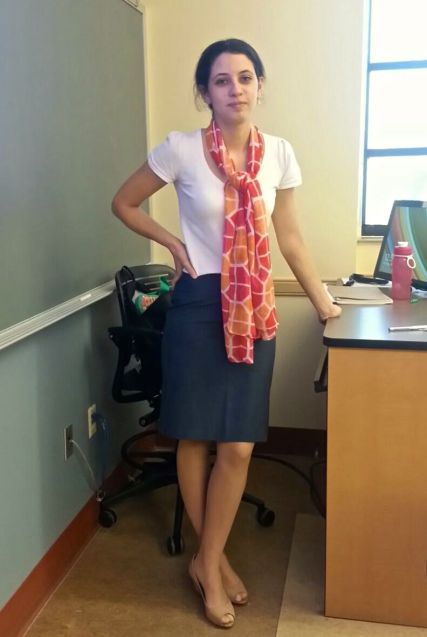 “I think sometimes you just have to let some things go so that you can find better things.”

For the fourth episode of the Inspiring Women Series, I had a lovely conversation with Josefina Bittar, a Paraguayan woman who currently holds a Fulbright Scholarship to study a Master’s Degree in Linguistics at the University of New Mexico in the United States.

After graduating from high school in Paraguay, Josefina studied Language Arts at the University of Asuncion. During her undergrad, at the age of 19, Josefina became pregnant and got married. Unfortunately, her marriage didn’t work out and she got divorced shortly after.

Instead of dropping out of school to deal with the emotional pain of her divorce and the challenges of raising her son as a single mother and full-time student, Josefina found the strength to continue her studies.

“School made me happy. If I didn’t have school, it would have been much more difficult.”

Her close-knit extended family was an amazing support for her during this difficult time. In addition, Josefina found hope through learning the stories of other women who had also gone through a similar experience. Josefina feels that her divorce has taught her important lessons that can be applied to both her personal and professional lives.

Following university, Josefina worked for two years as a school teacher at the American School of Paraguay in Asuncion. While she excelled as a teacher, she felt pulled to continue her education. When she was awarded the prestigious Fulbright Scholarship, she moved to the United States with her 6-year-old son and her new husband.

In the future, Josefina hopes to work as a linguist in Paraguay, and possibly pursue a PhD so she can research the country’s use of Spanish and Guaraní, an indigenous language spoken by 90% of the population.

There has been very little research done in linguistics in Paraguay, so Josefina hopes to advance knowledge in this field. (Guaraní is the only indigenous language of the Americas whose speakers include a large proportion of non-indigenous people. Elsewhere, the indigenous languages have been largely replaced by European colonial languages such as Spanish, French or English).

In this episode of the Inspiring Women Series, Josefina talks about her research goals, love, self-acceptance, and the many different roles that women can have in society.

“I’ve learned that I can be the way I want to be, and as long as I’m a good person…that’s okay…”

You can subscribe to the podcast series in the iTunes store or listen to Josefina’s interview here:

4 thoughts on “Inspiring Women Series: A Conversation with Josefina Bittar”